Solly has no regrets on Loss
Posted by: Faithful_City (IP Logged)
Date: 18 January, 2020 10:50
I agree with Solly that preparation for Wasps next week was as important as winning the game. Mind you 15 points up with only 30 minutes to go we should have won.

Quote:
Tries from Jamie Shillcock, Marco Mama and Michael Heaney had the hosts within one try of the bonus point they needed alongside a win to seal their spot. 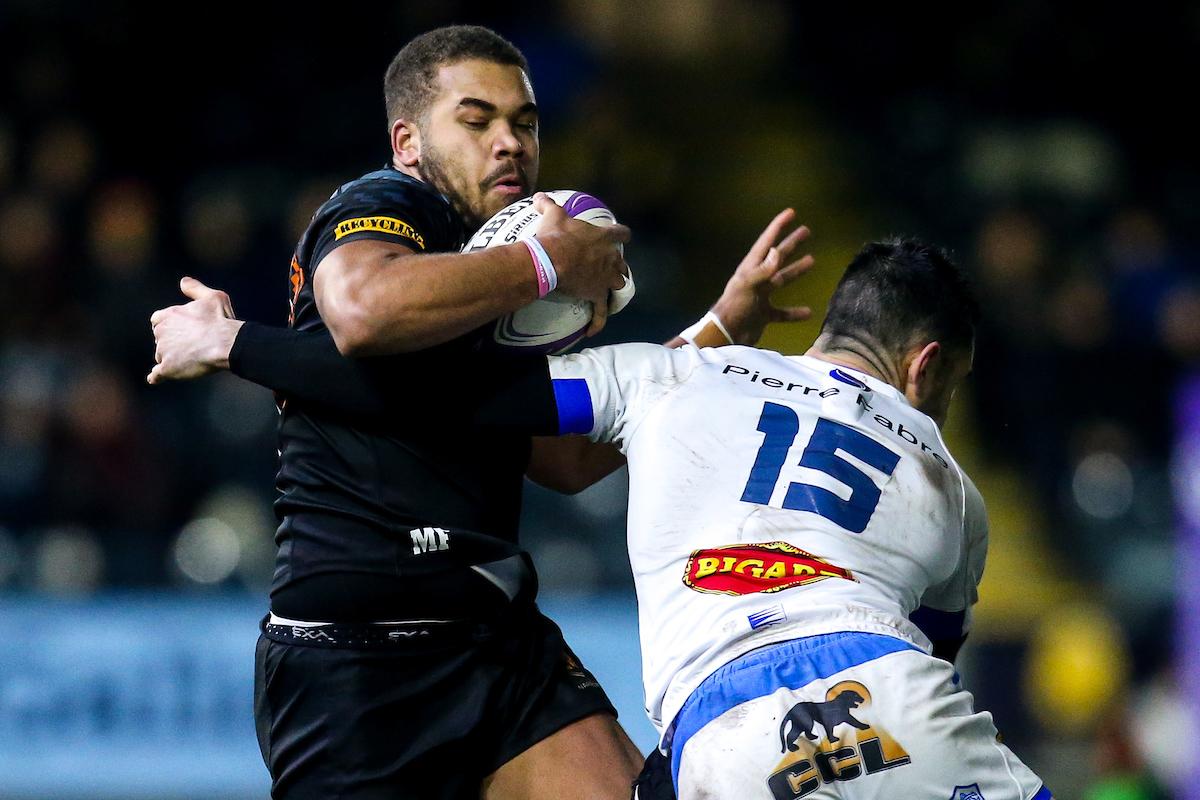 However, Castres hit back within seconds of Matt Moulds, Nick Schonert, Graham Kitchener and Heaney leaving the pitch and could not turn the tide from there.

But Solomons explained the move had been planned with one eye on a return to Premiership action against Wasps in a week's time.

I thought it was imperative to get everyone some decent game time and thats what we endeavoured to do, said Solomons

One would have thought we were in a good position at 27-12, they are good players and should have been able to cope.

Everyone got a fair crack and a fair amount of game time and I learned a lot.

There were far too many mistakes throughout the game, particularly by some who would want to show they're worth a start in the 1st XV. Some players just didn't take their chances, which is a shame.
Re: Solly has no regrets on Loss
Posted by: Villages12 (IP Logged)
Date: 18 January, 2020 19:56
Why would Solly have regrets?

I suggest that it went exactly as planned. Great performance in the first half (despite a very poor referee. Fans are excited and making noise. Second half, change 4-5 team members within a few minutes and everything changes. Mistakes happen, balls get dropped, missed passes and the game is turning, fans realise what's happening, crowd goes quiet. Then GJ gets the yellow card. It's over and the result is, I suggest, what was to be expected.

We got the practice we need for the Premiership game with Wasps, but we also got used to losing again. It's not good for the fans, attendance levels or atmosphere.

I just think that's why crowd levels are always down for Cup games. The crowd is aware that we use them as practice games and the management seem content with the result and the players, at least the ones who are leaving, don't play to their full potential.

Disappointing !!
Re: Solly has no regrets on Loss
Posted by: Grasshopper (IP Logged)
Date: 18 January, 2020 22:25
A couple of positive spin responses, but I believe the majority of fans were very disappointed with how the game was lost. We had them by the throat and were ready for the kill.

We can still make the top 6, but we are going to have to play at the top of our game consistently for all 14 to come.

JP
Re: Solly has no regrets on Loss
Posted by: Drahm for England (IP Logged)
Date: 19 January, 2020 15:14
If the Saracens relegation decision had been made a week earlier, I don't doubt for a moment that team selection, tactics and replacement timings would have been very different!
Re: Solly has no regrets on Loss
Posted by: centrethere (IP Logged)
Date: 19 January, 2020 19:04
Was it the replacements per se, or the fact that all appear to have been told that those replacements were going to happen around that time?
Re: Solly has no regrets on Loss
Posted by: WorcesterSauce (IP Logged)
Date: 19 January, 2020 22:03
The club would've known that Saracens were relegated ny then. Our owners sit on the board that made the decision and it was announced less than 24 hours after our game, having already been widely reported in the press. Solomons messed up by making so many changes in such a short period of time, but by god was he let down by some of those that he bought on. I guess he may have his sights on the Heineken Cup, which, if Saracens win may go down to 8th place for qualification.

The problem with that is, as highlighted last night, wed get absolutely murdered in the Heineken Cup.
Re: Solly has no regrets on Loss
Posted by: WarwickEastie (IP Logged)
Date: 20 January, 2020 12:45
I'm sure Solly is putting a brave face on it.

We should not have lost that game - but the players coming off the bench (plus some who were on the pitch the whole time) just didn't play well under the pressure. That's not all Solly's fault.

Let's hope we can learn the lessons and move on.....
Goto: Forum List•Message List•Search•
Sorry, only registered users may post in this forum.
We record all IP addresses on the Sportnetwork message boards which may be required by the authorities in case of defamatory or abusive comment. We seek to monitor the Message Boards at regular intervals. We do not associate Sportnetwork with any of the comments and do not take responsibility for any statements or opinions expressed on the Message Boards. If you have any cause for concern over any material posted here please let us know as soon as possible by e-mailing abuse@sportnetwork.net