Quote:
Steve Lansdown has given Saracens both barrels as the frustrated Bristol Bears owner criticised the club for putting two fingers up to the salary cap. 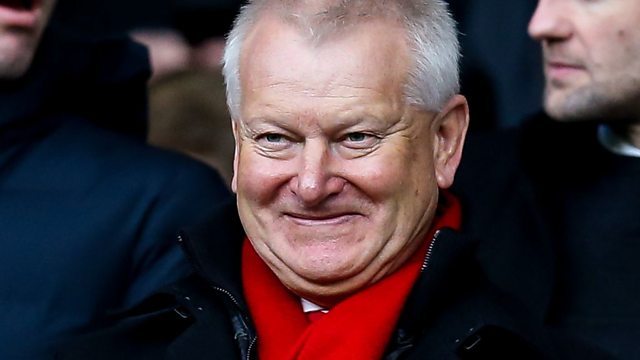 Saracens will be relegated from the Gallagher Premiership at the end of the season in further punishment for breaching the salary cap this season, having after already had a 35 point deduction and £5.4m fine imposed on them for spending above the cap for the previous three seasons.

During the last four years Saracens have been named Gallagher Premiership champions three times but the Bears owner says those titles are now tainted.

Anything they have achieved over the last couple of years is going to be tainted.

And Lansdown believes the cheating stigma surrounding Saracens is going to last for some time.
He said: I think it will stick for a while because everyone is going to be cognisant of the fact that it happened.

I find it very strange in a way that they can continue their league programme this year as they will with the same players.

I find that unhelpful.

They are making a lot of noises at Saracens, they have apologised which is the first thing and now we need to see what they are going to do to put things right.

They committed a sin and they have to repent for it.

They need to go through a period of rehabilitation back into the world of rugby.

They have brought the game into disrepute, there are 13 clubs [the 12 Premiership clubs and Newcastle Falcons who were relegated last season by are unbeaten and top of the table by nine points] who have all signed up to the salary cap, including Saracens, and they have decided to put two fingers up to it and do their own thing and they feel almost aggrieved that we are upset about it.

Lansdown also showed frustration that it has taken so long for Saracens fate to be decided.
He said It has taken a while to get that [Saracens relegation]. I think it should have happened quicker and sharper but that is another matter.

Now they are going to be in the Championship next year, now there are a lot of aspects to sort behind the scenes.

They make the right noises publicly but I know what it is like running a business, it is not as easy as you say publicly.

They probably havent woken up to the reality of what is in store for them.

Lansdown also hinted that he had lost respect for former Saracens chairman Nigel Wray who has been at the centre of the scandal for co-investing with a selection of his star players and not stating it within the salary cap.

The Bristol owner, who bought the club in 2012 in addition to Championship side Bristol City, said: I have only met Nigel on a few occasions and I found him a very nice person and great to get on with.

Until this happened there was a great deal of respect.


The truth has got to come out about what has happened and why he has done it.

The Truth Has to COME OUT!!

Release the Information for ALL to see

List of clubs and years gone down? And list of promoted club? FC your help would be appreciated.
Re: Lansdown: The Truth MUST Come Out
Posted by: Faithful_City (IP Logged)
Date: 22 January, 2020 08:32
Is this of use?


JP
Goto: Forum List•Message List•Search•
Sorry, only registered users may post in this forum.
We record all IP addresses on the Sportnetwork message boards which may be required by the authorities in case of defamatory or abusive comment. We seek to monitor the Message Boards at regular intervals. We do not associate Sportnetwork with any of the comments and do not take responsibility for any statements or opinions expressed on the Message Boards. If you have any cause for concern over any material posted here please let us know as soon as possible by e-mailing abuse@sportnetwork.net