Goto: Forum List•Message List•New Topic•Search•Log In
Report This Message
Are you sure you want to report this post?

* caveat: any Saracens fan readers - this is not picking on you for the recent financials

I've noticed a real step change in Saracen's results around 2009. The season following the 66-12 loss at The Rec, discussed above.

Saracens results up to 2009, notice the purple lines are mostly in the centre for most teams they play - indicating they've had even battles up to that point. Or to the left of centre - indicating they have lost more on aggregate. 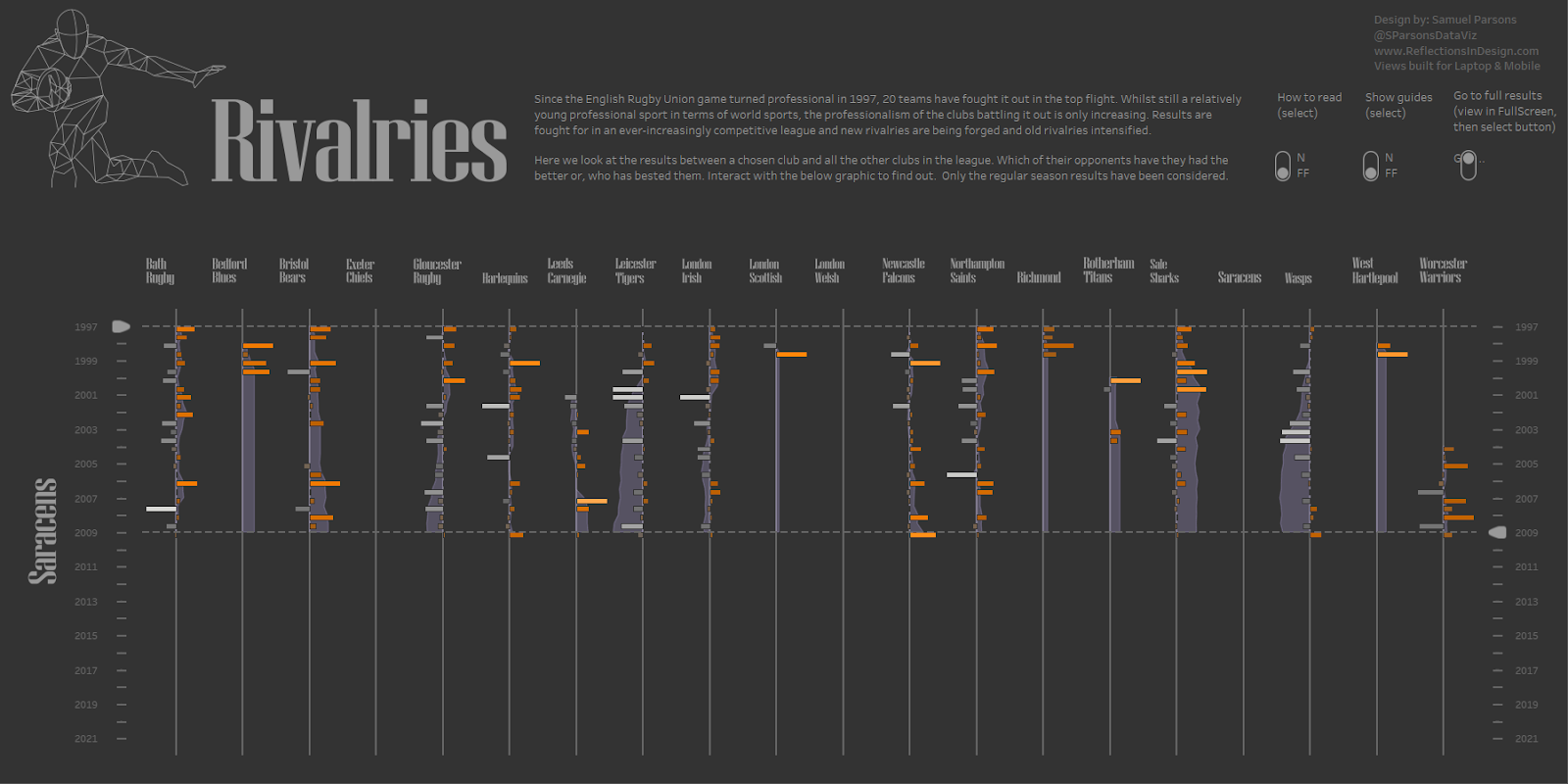 Now, the results after 2009 - only Northampton Saints show any sort of resistance to the Saracens juggernaut!

So what happened in 2009? I know 'correlation doesn't always equal causation', but it would appear the record loss in 2008 at The Rec, sparked action at Saracens for that never to happen again.

Note: the Yellow is our 66-12 win in 2008, Saracens 2nd biggest loss in the league, until recently, when Wasps won 60-10 after Saracens had been confirmed relegated (highlighted Red).

Even if you were to say well they were dominating recently because of unfair financial play - if I were to remove the last few years, then they are still shown to make that step change in performance.

Was 2009 when Brendan Venter joined?

BathSalmon
You may optionally give an explanation for why this post was reported, which will be sent to the moderators along with the report. This can help the moderator to understand why you reported the post.

We record all IP addresses on the Sportnetwork message boards which may be required by the authorities in case of defamatory or abusive comment. We seek to monitor the Message Boards at regular intervals. We do not associate Sportnetwork with any of the comments and do not take responsibility for any statements or opinions expressed on the Message Boards. If you have any cause for concern over any material posted here please let us know as soon as possible by e-mailing abuse@sportnetwork.net